By meemalee
MiMi Aye and Meemalee have been featured in the press as follows - click on each link or logo to read more or download my CV:

The Mail on Sunday

"Recipes from a noodle wizard ... What MiMi Aye doesn't know about noodles isn't worth knowing. British-born but with Burmese parents, she spent endless childhood holidays enjoying deep bowlfuls of Burma’s national dish, mohinga, a fish chowder with rice noodles, cabbage and coriander. When she started a food blog in February 2009, she found herself constantly drawn to the slippery delights – and has now published an entire book dedicated to them ..."

"I’m cooking my way through Noodle! by MiMi Aye and hope she’ll forgive my free adaptation of this dish. I didn’t have coriander or crisp fried shallots and no time to make Burmese water pickle, but loved the sound of poached chicken and cauliflower with rice noodles ... thank you MiMi for the inspiration; great book ..."

"Fried with onions and garlic, [ginger] now forms the Asian equivalent of mirepoix ... It's perhaps the defining ingredient of Burma: MiMi Aye, a food blogger and sometime Burmese chef, told me that it 'permeates throughout our cuisine. It's an intrinsic ingredient in mohnyin tjin, our equivalent of kimchi and which is similarly eaten at almost every meal.'

She describes a pickled ginger salad called jin thohk 'consumed by Burmese ladies in the possibly erroneous belief that it helps combat period pains", adding that "the ground form is mixed with turmeric and honey and formed into pills to make slightly unpleasant throat sweets'." ...


"Street food in Burma - Samosa salad and goat kebabs being prepared on a street stall in Mandalay ... video is courtesy of Meemalee"

"Burmese food is fairly undiscovered but, in short, is something like a delightful fusion of Chinese and Thai. MiMi Aye, Burmese food writer and author of Noodle! (Absolute Press), suggests seeking out the following ..."

“'Cock scratchings are tiny scraps that deliver crunch and intense savouriness in the way that bacon bits ought to but don’t,'  says MiMi Aye, a Burmese food writer whose cookery book NOODLE! is published in May by Absolute Press.

For Aye, there is nothing like a bit of crispy chicken skin to sprinkle on noodles and steamed rice for textural contrast — in the same way that you might use fried shallots." 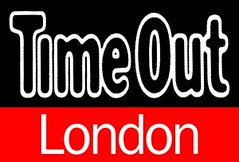 "4 London food bloggers formed a collective under the name Grazing Asia, with the aim of sharing their knowledge of Asian food. They host an array of events including cookery classes, supper clubs and wine matching evenings, each centred around a particular cuisine. The 4 specialise in a specific area: Japanese (Luiz Hara of The London Foodie), Burmese (MiMi Aye of Meemalee), Malaysian (May Chong of Slow Food Kitchen) and Vietnamese (Uyen Luu of Leluu) ..."

"Head to Bangalore in India for a Pav Bhaji hit, or further east still to Burma for a breakfast of fishy noodles on the streets of Mandalay" 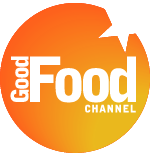 
Recommended by Lonely Planet and in Time Out London, MiMi has appeared on-line in the Guardian, BBC Good Food, and Serious Eats, and her recipes have been featured on Channel 4 Food to accompany the TV show “Gordon Ramsay’s Great Escapes”. "

"Meet the blogger: MiMi is writing a Burmese cookbook - and in the meantime we get to enjoy her blog"


"Why we love it: The blog covers all aspects of food, from reviews of restaurants, books, products and TV shows to MiMi's own recipes"

"A Camel Collaboration: Stefan Gates ... is something of a culinary adventurer and offered his services in the cooking of the beast.We will be roasting, braising, deep frying and even serving camel meat up in a Burmese curry courtesy of the fabulous Meemalee" "MiMi Aye's fiery som tam salad packs a punch with exciting colours, textures and flavours. It's perfect with barbecued meats, as a side dish, or as a starter"
(part of my series of South East Asian recipes to accompany Gordon Ramsay's latest TV show)

"A treasure trove of Burma-related culinary videos. Makes me want to catch the next flight to Mandalay"

"meemalee's collection of Burmese streetfood videos, complete with what sounds like the grooviest of Burmese hip hop. Kind topical, what with there being alorra eyes on Burma at the mo'"

"Through the gift of Mat Follas, Masterchef winner in 2009 and restaurateur behind The Wild Garlic in Beaminster, the slightly mysterious person that is writer, cook and blogger Meemalee is bringing a taste of Asia to Dorset for one night only..."

"Do you know Meemalee's Kitchen? If not, why not? It's one of the most entertaining food blogs I read. Go and subscribe immediately ... I can't wait for [meemalee's] next pop up, not to mention [her] Burmese cookery book ..."

"I really do hope MiMi does another popup and when she does, get on the phone and book, because them seats are going to go fast"


Nick Baines, Lost in the Larder

"MiMi does great food and has one of the best food blogs around plus she is working on a cookbook..."